Punting guide to the River Cam

A very old guide to punting from Cambridge to Grantchester - picking out some of the highlights.  Not especially useful but it seemed a shame to lose it.
The Punt Pool All punt trips using St John's college punts start (and hopefully end) here. Note the swan nest on the island in the spring (sometimes populated with rare black swans, imported from New Zealand and only usually seen in St James' park in London).
The Bin Brook A little-known tributary of the River Cam; it is shallow and muddy.  It has been known for Johnians and lost tourists to punt down here. That said, it isn't exactly one of the highlights of Cambridge.
Downstream You can't go much further than Jesus Green without permission to use the lock, as the river below is infested with boaties and houseboats.  It is puntable (albeit quite deep) and a bit of an adventure.
The Wren Bridge There's an engraving of third court, with the bridge in it, on one of the piers facing the bridge of sighs. Note the flood lines on the south side (there's also  another much higher one - a couple of metres higher - of the southernmost pillar in Third court).
Trinity College The punts are all named after things associated with three (french hens, toed sloth, fate, musketeers, steps to heaven...). Go right past them without looking, while drawing attention to the superior red punt you're in and loudly saying 'You'll never be at John's'. 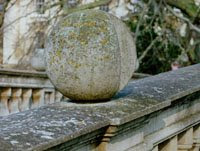 Clare Bridge You'll notice that the archways are visibly bent (this happened soon after it was built, though it's stayed stable ever since). Also, one of the stones is missing a slice (apparently the stone mason wasn't fully paid, so didn't complete the bridge).
Wall's Ice Cream Punt  Hard to say exactly where this is - it cruises up and down the river selling ice cream to punters and people on the bank in the peak of the summer. Recognisable by the large sign saying 'Wall's'.
Kings' College The best view of it is from the river. Note the spikes on the turrets to stop people climbing them. The large field with cows in it was supposed to have courts built on it too, but the money ran out. Years ago there used to be sheep, but they got found in the corridors at night once too often! Their (purple) punts are mostly named after kings. If you turn right immediately after Kings bridge there's a side river that you can punt up, leading to the back of Queens. It's a bit overgrown, and not one for the learner punter.
The Anchor You can moor punts here at the terrace, though best to go right under the road bridge or Scudamores will find you in the pub to complain. One of the most popular punting pubs, and actually underwater from time to time when the river is in flood.
The Mill This pub makes all its profits in the summer, by selling drinks to thousands of people on the island next to it. The island itself is generally full of tourists and cows. Fairly easy to herd the cows so that they surround groups of foreign tourists, who sometimes don't know they're vegetarian.
Mill Pit The less crowded of the two lakes. Take the punt up the small side river through the gardens of Darwin College to get here. Two small islands to your left are owned by Darwin College. You can punt a bit further under the small white bridge if you're determined, but it soon turns to marshland.
The Granta A classic punting pub facing the mill pit, generally less crowded than the Anchor.
The Old Mill The old mill is now Bella Pasta restaurant, though you can still scare the people on your punt by punting into the tunnel underneath (which used to be the mill stream). If you look up inside the tunnel you can see the underneath of several glass tables inside the restaurant (no, really).
THE UPPER RIVER This section of the river is higher up, and tends to have more students than tourists. The river is deeper and wilder.

The rollers A set of wheels where you can push the punt up the 1 metre height difference to the upper river, by-passing the weir. Punts are heavy, and some of the wheels are missing! On the way back, if you all sit in the punt as it rolls down, it will sink (and there's usually a big audience with cameras). The adjacent weir is where good swimmers can try white water punting.

Fen Causeway After the last road bridge, the river bed is actually paved, as this section was used as a swimming pool of sorts in the 1900s. There's still a paddling pool in summer. A colony of not-too-friendly geese is often in residence here.

Two low bridges Popular site for bridge-jumping (ie climbing up off the punt onto the bridge, over the bridge, and back onto the punt at the other side before it's gone). Warning: Only small and light people should even think of trying this, or we'll fine you £lots to repair the punt...

The forest This is as close as Cambridge gets to a forest (and it's not very close). Some trees have ropes to swing on; there are a number of student residences (abnd what was an abandoned hospital) lurking among the trees.

The deep bend You may find the river is significantly deeper than the punt pole here. It's not clear why as there's very rarely enough flow of water to deepend the river.  To make it more interesting, the bank is covered with nettles too...

The nudist colony You'll see a hedge next to the river with a sign saying Private Property.  Apparently there's a nudist club behind it...

Grantchester meadows A large area of open countryside, sometimes quite crowded in the summer. If you look back, there's a good view of Cambridge. All you can see is the University Library tower and (of course) Johns' chapel.

Grantchester Small village including four pubs (The Red Lion, The Blue Ball, The Green Man and The Rupert Brooke), a few houses, and a church. Of the pubs, the Red Lion is the nearest to the river and has a large garden, often full of suspiciously wet-looking students. Rupert Brooke, who lived here as a student, wrote 'The old vicarage, Grantchester', one of his most famous poems.

The Orchard A long Cambridge tradition (since 1897, apparently) sees students punt here for tea on deckchairs set among the apple trees. A traditional destination after May Balls. Now expanded to include an indoor restaurant.

Byron's Pool Named when Lord Byron (famous poet) used to swim here as a student. The weir here is as far as you can go with St John's punts - the river continues upstream for about sixteen miles to the east. If you get this far, you definitely know how to punt... 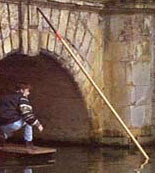 Quant  n. This is the little-known official name for a punt pole. The first record of this word was in 1440, when it was common to see barges in Norfolk pushed with similar poles. It later led to 'quanting' being known as an alternative name for punting. Each college (and a few of the commercial punt hire companies) has its own colour, in order to identify lost poles - some of the more common ones are illustrated above on the right.  Scudamores is probably the biggest of the punt hire companies, and you'll see a lot of their poles around. There are also (rare) aluminium poles, and even carbon fibre ones - they're better but they need to be treated with respect to avoid damage, so don't tend to get hired out as much.

Punting in Oxford Punts were originally developed for shooting wild fowl, and the punter would stand somewhere in the low bit of the punt with a big gun on the platform (which was the front of the punt). When punting became popular in Oxford & Cambridge, Oxford stubbornly kept punting in the traditional way, without using the platform, whereas people in Cambridge soon realised that it was far easier to steer by standing on the platform, using the punt in the opposite direction. Even now, if you go to Oxford, you'll see some die-hards punting at the wrong end of the punt. 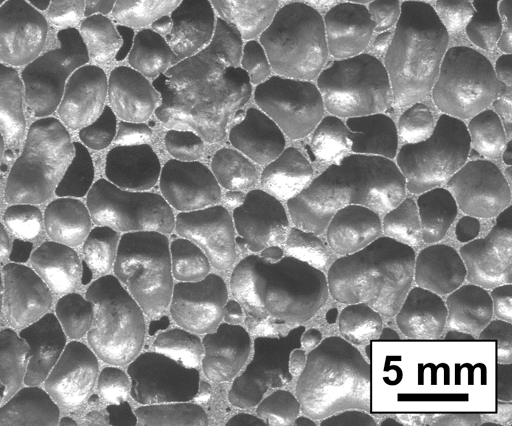